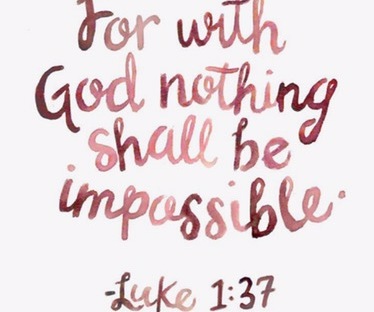 I was born and raised Catholic in a small farm town of about 12,000. The opening day of shotgun season was practically as important as Christmas, and without Friday night football games I’m not sure we would have known what to do with ourselves. We didn’t enjoy waking up on Sunday mornings to head to 8am Church service, and we certainly didn’t look forward to our early bird classes on Monday mornings. Bonfires were a staple and Tim McGraw was a must. I could probably still name every person I graduated with and everyone I didn’t.

The setting of where I grew up may not be important, but I’m a bit nostalgic and sometimes {sometimes} miss those days where life was simple and dramatic all at the same time. I now live 3.5 hours south of my hometown, in a city where it’s always 5 degrees warmer and a little more hilly than your typical cornfield, flat-scape.

I’ve certainly aged a bit since 2012 and I’ve realized more in this first 7 months out of college than I thought I could. I’ll admit that many, many wise people in my life have given me incredible advice, but I actually learned life’s most important lessons when I was 16.

When they tell you not to rush your youth, they mean it.

Not that being an adult is the worst thing in the world – but we didn’t have it all together like we thought we did. No, I don’t miss finals week or high school homecomings, but I miss my friends more than I ever thought possible. We still talk nearly every day, and thanks to Snapchat’s new group feature we’ll probably never leave one another alone. However, their physical absence is heart-wrenching. I would pay a lot of money to make Wyoming and Southeast Missouri less than 16 hours away. If I could write a letter to Illinois State asking them to allow my best friend to finish her degree 7 hours south it would be 90 pages long. A phone call can’t dry tears the same way a hug can, and birthdays aren’t as fun when there’s no one to share the cake with.

Don’t say you can’t wait to grow up – you’re right about the independence, but you can’t get the little things you’re taking for granted. {Like loading up a bed of a truck with battery pallets and couches and heading down back roads to light up a field.}

Someday, you’ll realize you need your Faith and every early-morning Sunday School lesson will be worth it.

In my last PSR class our teacher said, “I was your age once. I didn’t know what I was doing, didn’t like what I was doing, but I knew I had to do it. Then, three years later in college I found it. The reason for my Faith, and He welcomed me back with open arms.”

We’re never given anything in this life that we can’t handle, so I’m willing to write 2016 off as a learning experience and move forward. Over this last year I’ve graduated college, began my career and moved out into the real world on my own. The zinger is I’ve also been extremely sad and lost, unsure of where I’m actually supposed to fit into this world. I can remember nearly every time I was angry and hurt, yet only a handful of times I was smiling and joyful.

The words from my final PSR class creep back into my mind often, and I’ve finally realized why I need to trust in God to lead me in the right direction. He wouldn’t put weight on my shoulders if He didn’t think I could walk the path with it. Whatever you do, please don’t give up in yourself or your Faith, because the path without it is very, very dark.

We weren’t told much, but we were given the world.

For with God, nothing shall be impossible. – Luke 1:37